A downloadable game for Windows and macOS

Winner of the Adaptation Award at IndieCade 2019, When Rivers Were Trails is a point-and-click adventure game about the impact of colonization on Indigenous communities in the 1890's.

When Rivers Were Trails is a 2D point-and-click adventure game in which Oregon Trail meets Where the Water Tastes Like Wine. An Anishinaabeg in the 1890’s is displaced from their traditional territory in Minnesota and heads west to California due to the impact of allotment acts on Indigenous communities, facing Indian Agents, meeting people from different nations, and hunting, fishing, and canoeing along the way as they balance their wellbeing.

Developed in collaboration with the Indian Land Tenure Foundation and Michigan State University’s Games for Entertainment and Learning Lab thanks to support from the San Manuel Band of Mission Indians and contributions from over thirty Indigenous writers, artists, and musicians.

Remove any firewalls in order to access the file. 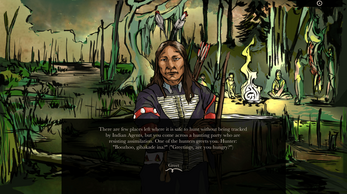 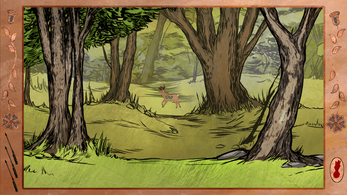